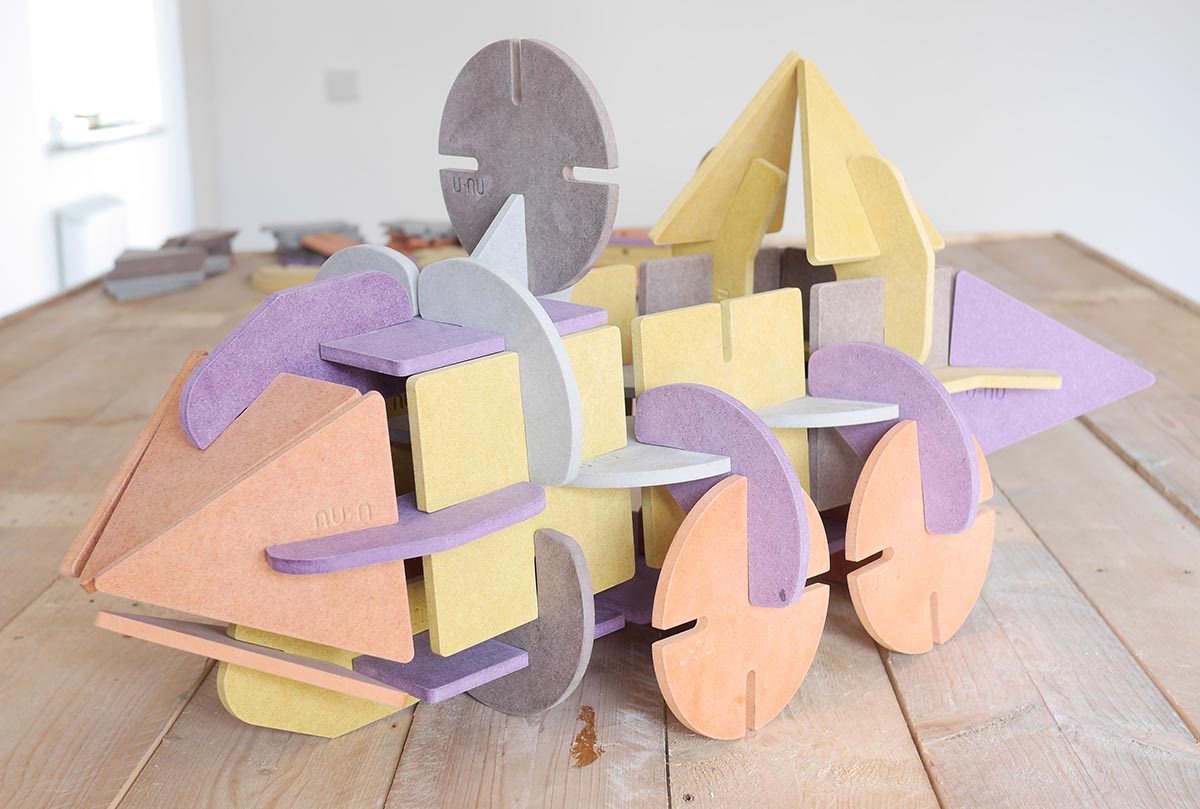 Science, problem solving and creativity in the EYFS, KS1 & KS2

The very first time I introduced the prototype of u-nu™ to a group of pre-school children, within minutes some them had created what they described as spaceships. One child filled all four slots on a circle to form these rudimentary spaceships, with a triangle denoting the front (pointy) end. Once one child had made one of these spaceships other children joined in. Before too long there was a whole bunch of them on the floor and lines were being drawn up between the goody and the baddy spacecraft and one child was getting ambitious with a design for a mother ship.

Fantasy spacecraft are a great way of children exploring the different shapes and ways of connecting u-nu™ as there can be no right or wrong outcome, and the finished structure will form the basis of narrative play.

As children become more acquainted with u-nu™ their structures become more sophisticated, they will design vehicles using the circle shapes for wheels and building up from there. The wheeled vehicles can be tricky for a younger child and indeed present significant challenges for older children, but the resilient nature of a child’s imagination will result in children of all abilities describing the structure they have built as being a car or a train or any other type of vehicle.

Rockets are ever popular as are other flying machines. Some children use the large scale of u-nu™ to create vehicles that they can then interact with as if they were driving or flying them.

Older children can attempt to build more accurate recreations of vehicles such as trains or cars. They may design a vehicle that has appeared in a book or something they saw on a class visit. Always remember to photograph the finished structures and use them to inspire the next group that undertakes the vehicle building challenge.