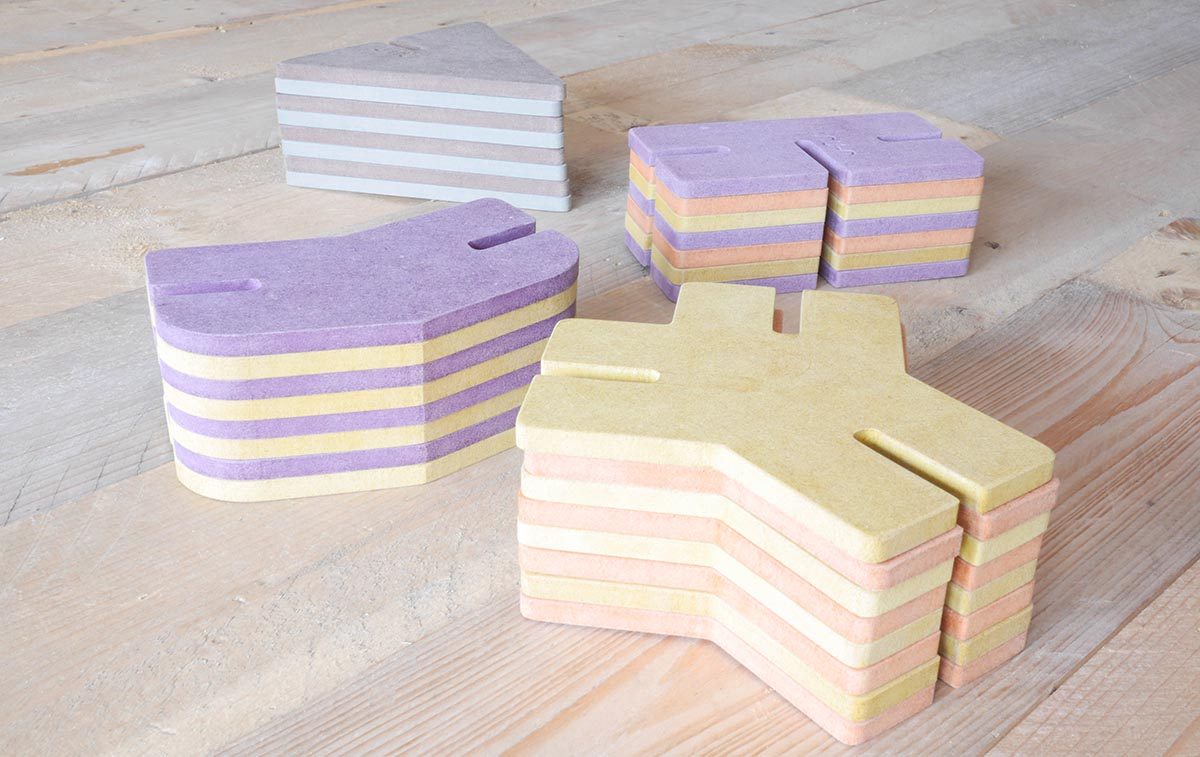 Exploring pattern, aesthetics and a visual vocabulary in the EYFS, KS1 & KS2

Many children have enjoyed this activity at one time or another. For the very youngest child there is a certain satisfaction to placing things in a repeating pattern. The beautifully subdued colours of u-nu™ have been chosen to compliment each other which heightens the enjoyment of this activity.

As a practicing artist I have often been seduced by the effect that one colour has upon another, and as an Art teacher I’ve watched many students enjoy the same activity. Combining different colours creates different moods. For instance stacking the two darkest colours, brown and purple alternately will produce a dark and serious effect, while somehow replacing the brown with yellow produces a much more cheerful mood and changes the way we view purple.

Explore this with children of all ages and encourage them to describe a mood with the patterns they produce.

Stacking pieces in a pattern can also provide a variation on the appearance of any structure. Take for example an activity where some children have built a bridge. They will have built some form of leg to raise the bridge from the surface it stands on, by replacing this ‘leg’ structure with a stack of u-nu™ pieces in a pattern they will be able to accentuate certain characteristics of the bridge. As described earlier, dark pieces may provide a serious air of gravity and solidity, whereas grey and yellow stacked together may provide an air of floating lightness.

nextBuild a Vehicle with u-nu